The Truth About Middle Age Spread 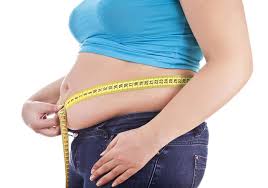 Middle aged spread. It’s a real thing. Most of us gain weight year after year and blame it on a slowing metabolism. We wax nostalgic about the days we could eat anything and not gain a pound. Those were days right??

According to a landmark study published last week in Science, I’m sorry to say, age is not to be blamed, nor is a slowing metabolism, unless you are well over the age of 60. Apparently being a woman and in menopause is also not a legitimate excuse anymore for later in life weight gain. Whaaat?!?

This study was done over the course of many years and involved over 6500 participants aged 8 days to 95 years and used the gold standard of methods for analyzing metabolism. What they found was that there are four distinct stages of our metabolic life.

So what gives? Why can very few of us fit into the pants we wore when we were 20? If it’s not our metabolism, what is it? The study took into account muscle mass, gender and activity level.

Here is my takeaway.

As we age, we tend to drink more alcohol on a regular basis, we snack more and we move less. We are definitely consuming more than we burn or we wouldn’t have the weight problems we do. But we also lose muscle mass as we age, due to natural changes in our body but also because we move less as we get older. Even if we work out, we tend to look for more opportunities to sit instead of stand, we drive when we could walk or bike.

And trust me, it doesn’t take much. I realize I am quoting science at the top and what I am about to say isn’t completely scientific but as a high level idea, it still holds water… The general rule is, it takes 3500 extra calories to gain a pound of fat. At just 200 extra calories per day (this is ONE 8 ounce glass of wine) you would gain 2 pounds per month. That’s 24 pounds in one year.

Again, that statement above isn’t an exact science and I am a firm believer that not all calories are created equal but, the fact is, you don’t have to be eating Big Macs and fries every day and be a couch potato to gain weight. A few extra calories here, a little less movement there and a year later your pants don’t fit very well. A few years after that and you are buying the next size up. A few years later another size and the pattern continues. Weight gain is rarely fast and furious, but more slow and insidious, and so we can easily blame it on the unseen ‘slowing metabolism’ but really its the small daily habits that are probably to blame.

A little clause here, there are some outliers to this of course. Some people do indeed have a 25% slower or faster metabolism, and some people have medical conditions or are on medication that causes weight gain but those are the outliers. They are not the norm. You will know if you are one of those…

Have you seen your waistline spreading over time? Thought it was your metabolism but perhaps realize now it isn’t? Don’t know where to start? Give us a call. We can help.

Roseland Health & Fitness
5.0
Based on 26 reviews

Sandra Starchuk
17:49 20 Aug 20
I wasn’t going to let a pandemic derail... my health and fitness goals. I’ve known Christine for many years and knew that Roseland Health and Fitness was where I wanted to workout. We’ve been training twice a week since June and I am so impressed by the progression in my training sessions. Christine and Claire have an amazing studio that conforms to all of the COVID-19 protocols. I feel very fortunate to have Christine working with me to reach my goals and look forward to every training session. Sandra Starchukread more

Sarah Brodie
16:10 25 Jul 20
In the intensity of lockdown, I made a... change: a commitment to my health, a resolve to get in shape. I called Roseland fitness. I started virtually during high lockdown, but since reopening I’ve come in to the gym for the quality training offered in person. It’s clean, and carefully organized for our new abnormal. At least Christine and Claire put the abs in abnormal. Sarah Brodieread more