Is Breakfast Still the Most Important Meal of the Day? 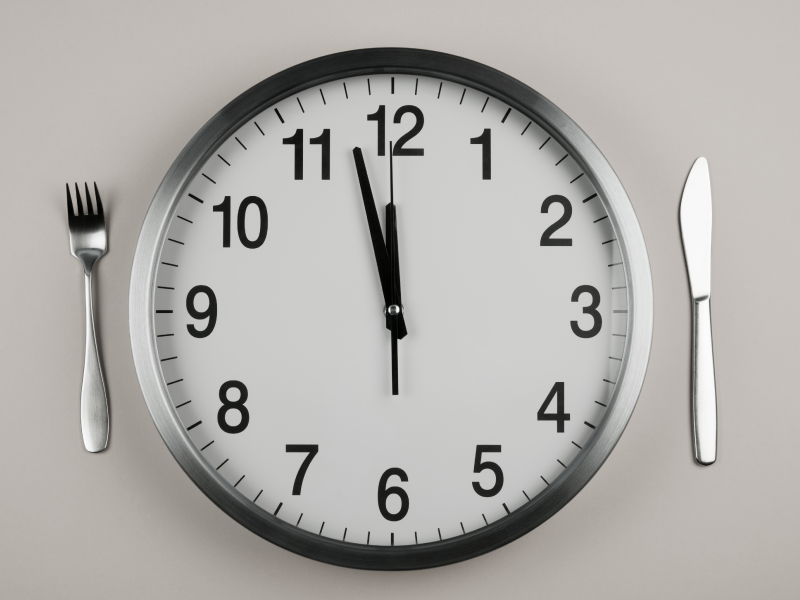 Is breakfast still the most important meal of the day? Unless you are hungry, you may not have to rush to the table.

If you are over a certain age, there is one thing about nutrition that you know is without a doubt true.  Whatever you were taught a decade ago, is no longer relevant today and that chances are, whatever you were taught yesterday, will probably be refuted tomorrow.   There isn’t much out there that someone doesn’t have a beef with…well, except vegetables and water, most people believe in the  health promoting quality of vegetables and water.

One of the latest trends in nutrition is Intermittent Fasting or IF.  Some would argue it’s not a trend at all of course, since fasting has been practiced throughout human history for all sorts of reasons.  Done properly, it has been shown to have benefits such as reversal of Type 2 Diabetes, weight loss, improved energy and more.  But for me, for something to be called ‘fasting’ it really has to be for a long period of time , like a day or a few days. I acknowledge this is a personal thing, but the idea of fasting just seems extreme. I prefer the gentler approach (but basically the same thing!), Time Restricted Eating or TRE.

What is Time Restricted Eating?

Time Restricted Eating (TRE) is a term for an eating pattern that cycles between periods of eating and non eating.  It does not say anything about which foods you should eat, but rather when you should eat them.   In this respect, it is not a “diet” in the conventional sense. It is more accurately described as an “eating pattern.”

Humans have actually been fasting throughout evolution. Sometimes it was done because food was not available, and it has also been a part of major religions, including Islam, Christianity and Buddhism.   When you think about it, our hunter-gatherer ancestors didn’t have grocery stores, refrigerators or food available year-round.   Sometimes we couldn’t find anything to eat, and our bodies evolved to be able to function without food for extended periods of time.   If anything, extended periods of time without food, seems more “natural” than constantly eating 3-4 (or more) meals per day.

What are the Benefits of TRE?

Recent evidence, sited in the New England Journal of Medicine, shows that eating in a restricted time frame can trigger a metabolic switch from glucose-based to ketone-based energy, which increases stress resistance, increases longevity, and decreases incidence of diseases, including cancer. Alzheimer’s and obesity. In this study, the participants were eating during a 6 hour window and not eating for the other 18 hours. But other studies have shown the benefits don’t need 18 hours to become effective. Your insulin levels drop after 3 hours of not eating and so simply skipping snacks has it’s benefit too!

Flipping the switch from a fed to fasting state does more than help us burn calories and lose weight. The researchers combed through dozens of animal and human studies to explain how simple fasting improves metabolism, lowering blood sugar; lessens inflammation, which improves a range of health issues from arthritic pain to asthma; and even helps clear out toxins and damaged cells, which lowers risk for cancer and enhances brain function.

Should You Try TRE?

Go back only a few years and the consensus was to eat smaller meals more frequently or you risk slowing down your metabolism.  The science behind TRE shows that this is no longer the case.   Some studies actually show that TRE can actually stimulate your metabolism.  You also can’t refute that it is certainly one of the easiest eating plans out there! No washing, chopping, cooking or even shopping required!

That said, TRE is not something that anyone needs to do.  It is just one of many lifestyle strategies that may improve your health.  Eating whole foods, exercising, having a positive mindset and taking care of your sleep are still the most important factors to focus on.

There is some good scientific evidence suggesting that Time Restricted Eating, when combined with a healthy diet and lifestyle (including regular exercise), can be a particularly effective approach to weight loss, especially for people at risk for diabetes. (However, people with advanced diabetes or who are on medications for diabetes, people with a history of eating disorders like anorexia and bulimia, and pregnant or breastfeeding women should not attempt intermittent fasting unless under the close supervision of a physician who can monitor them.)

Roseland Health & Fitness
5.0
Based on 26 reviews

Sandra Starchuk
17:49 20 Aug 20
I wasn’t going to let a pandemic derail... my health and fitness goals. I’ve known Christine for many years and knew that Roseland Health and Fitness was where I wanted to workout. We’ve been training twice a week since June and I am so impressed by the progression in my training sessions. Christine and Claire have an amazing studio that conforms to all of the COVID-19 protocols. I feel very fortunate to have Christine working with me to reach my goals and look forward to every training session. Sandra Starchukread more

Sarah Brodie
16:10 25 Jul 20
In the intensity of lockdown, I made a... change: a commitment to my health, a resolve to get in shape. I called Roseland fitness. I started virtually during high lockdown, but since reopening I’ve come in to the gym for the quality training offered in person. It’s clean, and carefully organized for our new abnormal. At least Christine and Claire put the abs in abnormal. Sarah Brodieread more