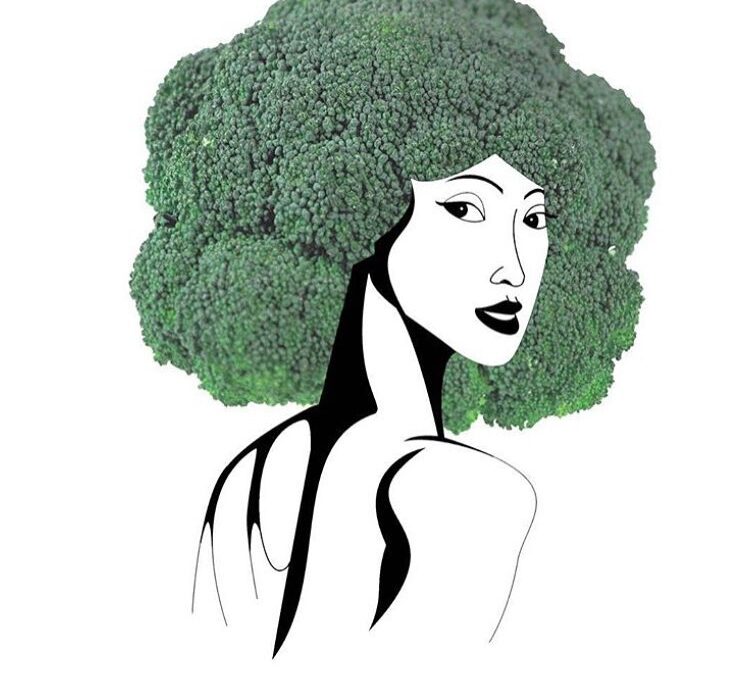 I don’t know if you have heard but cruciferous vegetables like cauliflower, kale, Brussels sprouts are very, VERY good for you. They are full of antioxidants, vitamin C, iron and potent cancer fighting chemicals. The more the merrier when it comes to these vegetables and this recipe contains four of them! Cauliflower, kale, broccoli and Brussels sprouts and I virtually guarantee you, the flavour in this delicious salad will not disappoint.

1 pound Brussels sprouts, trimmed and cut in half, divided

Roseland Health & Fitness
5.0
Based on 28 reviews

Barb Hisplop
21:34 05 Apr 22
I have always been a bit nervous about... working out and so for 67 years avoided gyms altogether. That is until I realized I needed to move before I couldn't any more. As soon as I entered this studio I knew I had found the perfect place for me. I was immediately greeted by all the staff and the members and made to feel SO comfortable. This place is the real deal. I am now in the best shape of my life and would never go back to couch potato status again!read more

Jane McDonald
14:55 19 Dec 21
I’ve been wanting to review Roseland ... Health & Fitness for quite a while. Unfortunately I let procrastination stop me. Today when I read Christine’s newsletter I decided to take action!This gym has been an amazing place for me. I suffer from psoriatic arthritis and I am on a Biological Medicine to treat this. The trainers at Roseland Health and Fitness have kept me mobile especially over the last 21 months of Covid. Without their dedicated help my mobility would’ve been greatly reduced and my pain would’ve been increased. Christine, Claire and Anna have all helped me with their own professional expertiseI now can play tennis on a regular basis as long as I continue to go to the gym and practice the mobility exercises. I have never been hurt working out with these fantastic women!When I fractured my right arm after a fall shortly after retiring these ladies got me back and listened patiently to my complaints with a smile.Despite their own challenges with Covid on their gym they continue to give to the community in numerous ways. More recently they provided over 40 presents to a retirement home and seniors who may otherwise have been forgotten.They have also helped me with my fundraising activities for the labour and delivery ward at Joseph Brant Hospital . There are other numerous community events that they sponsor.The trainers lead with their heart and make each and every member feel special.I am so very grateful to these professionals and to this organization.Dr. Jane E McDonaldread more

Danielle
15:14 05 Nov 21
I’ve been going to Roseland Health and... Fitness for almost a year now, I have loved my experience with all of the staff here and have had a chance to work with everyone. Claire, Anna, Christine, and Joe are all very lovely people and always make me feel welcome and happy to be in the studio. They also accommodate really well to people who would prefer to workout from home.I was assigned to work with Joe for my training, and I could not recommend him enough for anyone who’s looking to become much stronger and healthier.Joe has pushed me to do better with realistic goals in mind and has been the leading force of the countless achievements I’ve made since I started working with him. He also makes sure I’m comfortable while doing an exercise and will accommodate to any of my concerns with no hesitations.Overall I would absolutely recommend anyone looking to become a healthier and stronger person to give Roseland Health and Fitness a try! I always know I’ll be given the best and welcoming experience the moment I walk through the door. :-)read more

Sandra Starchuk
17:49 20 Aug 20
I wasn’t going to let a pandemic derail... my health and fitness goals. I’ve known Christine for many years and knew that Roseland Health and Fitness was where I wanted to workout. We’ve been training twice a week since June and I am so impressed by the progression in my training sessions. Christine and Claire have an amazing studio that conforms to all of the COVID-19 protocols. I feel very fortunate to have Christine working with me to reach my goals and look forward to every training session.Sandra Starchukread more

Sarah Brodie
16:10 25 Jul 20
In the intensity of lockdown, I made a... change: a commitment to my health, a resolve to get in shape. I called Roseland fitness. I started virtually during high lockdown, but since reopening I’ve come in to the gym for the quality training offered in person. It’s clean, and carefully organized for our new abnormal. At least Christine and Claire put the abs in abnormal.Sarah Brodieread more

Deb K
15:24 16 Feb 20
I can't say enough about this fitness... studio. I was first introduced to it when my massage therapist Derek told me he was moving and said if I was interested in following him to his new location, to look him up. So I did and when walking through the studio to get to my massage, I couldn't help but check out what was available to help me improve my fitness level.And voila, I was assigned to Susan Stuart and the rest is history. I've been now going to this studio for well over a year, and what I love the absolute most is that it's a great fitness place without the cold and impersonal feel of a large gym or fitness facility. Plus you can bet there is no one flexing his muscles in the mirror and taking selfies!I can't say enough about Claire and Christine, the owners. 2 very special people who are so very passionate about their work, their services and their studio.This place is Fun, Friendly and Fitness all combined into one.read more

Elie Dagher
23:57 30 Mar 16
Roseland Health and Fitness is EXCELLENT!... The massages are Wonderful it's so relaxing and soothing.Plus the owners are so joyful and happy they can keep you going Forever with their workouts. They always make their workouts fun and challenging. So if you're looking for a place to workout I recommend them! :)read more

Julie Miller
22:53 04 Feb 16
Roseland Health and Fitness rises above... the rest in large part due to the welcoming, supportive and knowledgeable individuals who work there. They provide challenging workouts whilst focusing on safety and address personal injuries with wisdom and balance. Lana, a massage therapist, is exceptional. Christine and Claire have created an environment where fitness is fun ( really!) and where clients young and old are treated with respect. It is my happy place!read more
Next Reviews